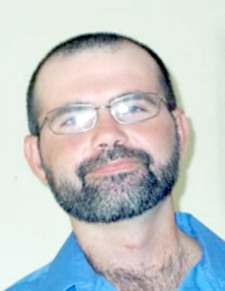 Kempville Community resident, Mr. Greg Padgett, passed away at his Padgett Lane home on Thursday evening February 11, 2021. He was pronounced deceased at 9:21 p.m. at the Riverview Regional Medical Center E.R. in Carthage.

Services were conducted Monday afternoon February 22nd at 3 p.m. from the Carthage Chapel of Sanderson Funeral Home with Bro. Jimmy Gregory officiating. Mr. Padgett will be cremated at the Cumberland Family Services in Algood and a private burial service will be in the Garden of the Cross at the Defeated Creek Memorial Gardens for the family following the cremation.

Born Greg Alan Duane Padgett in New Castle in Henry County, Indiana on September 25, 1980 he was one of three children and the middle child of Robert Gene (Bob) Padgett of the Kempville Community and Kathleen Koontz Padgett of the Dean Hill Community.

In Mt. Herman, Kentucky on December 16, 2015, Mr. Padgett was united in marriage to Carthage native, the former Mandy Nichole Alley.

Mr. Padgett was a 1999 graduate of Smith County High School.

He had been employed at the William L. Bonnell Co. in Gordonsville since 2017 in the aluminum extrusion department as a saw operator.

Mr. Padgett was a non-denominational Christian.

Equal to the love of the time he could spend with his family was his love for the outdoors, hunting, fishing, sports, and varied types of video games.

He was also an avid collector of wrestling figures.