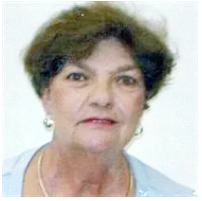 Mrs. Williams was born April 25, 1946 in Lebanon, TN, a daughter of the late Kirk Lee Anderson and Lucille Blanch Sutton Anderson. She married former Smith County Sherriff’s Deputy and Gordonsville Chief of Police, Harold Lee Williams on April 20, 1976 and he preceded her in death on March 2, 2007. Mrs. Williams was also preceded in death by Brother; Jack Anderson.

Mrs. Williams was a 1964 graduate of Smith County High School. She worked for the U.S. Postal Service as a mail carrier until her retirement. After retirement, Mrs. Williams worked as a caregiver. She was a member of the Cornwells Chapel Missionary Baptist Church.

Funeral Services for Mrs. Williams are scheduled to be conducted from the Carthage Chapel of Bass Funeral Homes on Friday, March 5, 2021 at 1PM with Bro. Kerry Dugan officiating. Interment will follow in the Gordonsville Cemetery.

Visitation with the family will be at the Carthage Chapel of Bass Funeral Homes on Thursday from 2PM until 8PM and on Friday after 10AM until service time at 1PM.