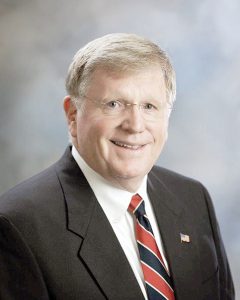 Of all elected officials placed in a position of trust can there be one with a higher burden of responsibility than that of a district attorney general? Likely not. Qualifications for the job require a law degree, a license to practice, and other standards that would generally be expected. But to be good at the job much more is required. Since 1977 Tommy Thompson has held this position of trust for the five counties representing the 15th Judicial District including Wilson, Trousdale, Macon, Smith and Jackson.

First appointed to the position by Governor Ray Blanton, the Trousdale County native has been elected to five consecutive eight year terms, a record surpassed by few who have sought public office at any level. On March 1, General Thompson retired from this office leaving behind a legacy that will be difficult for another to replicate. What makes his occupation of the DA’s office so unique is not the enormous popularity he has experienced through the years, his winning of elections that many times saw him claim 70 and 80 percent of the vote cast or even more than 90 percent in his home county, but it was how he conducted the business of this office.

READ MORE IN THIS WEEKS COURIER.