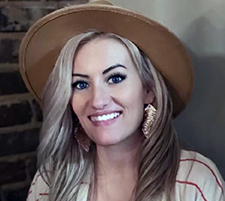 Ms. Sheena Fowler Insco, 38, of Watertown, passed away May 22, 2021 of injuries sustained in a motorcycle accident.

She was born September 9, 1982 in Nashville, the daughter of Holley W. Fowler and Doris Denson.   Ms. Insco worked as a pharmacy tech at VA in Murfreesboro.  She attended the Native American church.

Funeral services for Ms. Insco were held Tuesday, May 25, 2021 at 6:00 p.m. in the chapel of Anderson Funeral Home with Bro. Earl Braswell officiating.  Interment was in Elrod Cemetery, Sparta.

In lieu of flowers the family has requested donations be made to your local animal shelter.