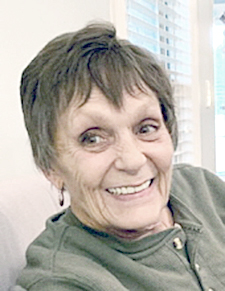 Ms. Wilma Dale Silcox, age 67 of Smiths Grove, Kentucky and formerly of Carthage, died at 12:26 p.m. Tuesday afternoon May 25, 2021 at the Bowling Green Medical Center in Bowling Green, Kentucky where she was admitted May 13th and diagnosed with cancer.

Funeral services from the Carthage Chapel of Sanderson Funeral Home were conducted by Bro. Donnie Key on Friday afternoon May 28th at 1 p.m. Burial followed near the father of her children in the Garden of the Cross at the Smith County Memorial Gardens.

Born Wilma Dale Leath in Lafayette on May 11, 1954, she was the daughter of the late Henry Payton Leath and Sally Olene Hackett Kemp.

She was preceded in death by two siblings, Patricia Adamson and Roger Kemp.

Also preceding her in death was the father of their two children, Ronald Allen (Ronnie) Silcox, who died as the result of an accidental electrocution while on a construction job in Paducah, Kentucky on March 31, 1976. He was just 28 years of age.

Ms. Silcox had previously been employed by the Tennessee Valley Authority and Avco and most recently had been employed as a Nurse Technician.

She was a member of the Oak Grove Missionary Baptist Church in Red Boiling Springs.

Ms. Silcox adored being with her family, friends and the outdoors.

She was an avid horse rider and loved gardening.

The Silcox family requests memorials to the American Cancer Society.