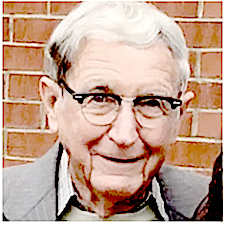 Mr. Billy Charles Gibbs, age 86 of the Pea Ridge community, died at 8:47 a.m. on May 28, 2021 at Riverview Medical Center, Carthage, TN.He was born June 11, 1934. He was married to the love of his live, Maxine White on January 22, 1960 and was preceded by her death on February 6, 2010. They were wed 50 years and 15 days. His parents were Willie Isaac “Bill” Gibbs and Carrie Lee Winfree Gibbs. He was preceded in death by three brothers and four sisters, Buford Gibbs, Doyle Gibbs, and Wilson Gibbs all of the Pea Ridge community. Four sisters, Audrey Gibbs who died in infancy after living just eight days, Mildred Gibbs Durham of Donaldson, Jean Gibbs White of South Carthage, and Lucille Gibbs Overstreet of South Carthage.He served his country in the United States Army as a Specialist 4th Class at which time he was stationed in Munich Germany for 18 months and 19 days.He retired from Textron, formally known as AVCO Corporation in Nashville after 36 years of service. He was a member of the International Association of Machinist Union and a long-time member of the National Rifle Association known as the NRA.He got saved Wednesday, July 6, 2011 at home with just him and the Lord present and joined the church at New Macedonia Missionary Baptist Church by baptism in the Caney Fork River on August 7, 2011.He and his wife Maxine enjoyed traveling and going to yard sales and antique malls. They also enjoyed camping and fishing with their grandchildren and watching them play ball. He was an avid Tennessee Vols fan.He is survived by his two sons and daughters-in-law, Danny Charles and wife Paula Gibbs, Ricky Lynn and Amy Gibbs all of the Pea Ridge community; four grandchildren, Kimberly Gibbs Ludwig and husband Zach of Pelham, Alabama, Danielle Gibbs and fiancée Mackenzie Marr of Cleveland, Tennessee; Andrew Gibbs and wife Kathryn of Cookeville, Tennessee, and Amber Gibbs of Pea Ridge, Tennessee. Great grandson Dawson Cole of Cookeville, TN.Funeral Services for Mr. Gibbs are scheduled to be conducted at the Carthage Chapel of Bass Funeral Homes on Monday, May 31, 2021 at 1PM with Eld. Ricky Hall and Eld. Jason Wheeley officiating. Interment will follow in the New Macedonia Cemetery with Eld. Ricky Wilson and Eld. Chris White officiating.Visitation with the family will be at the Carthage Chapel of Bass Funeral Homes on Sunday from 1PM until 7PM and on Monday after 11AM until service time at 1PM.The family requests memorials be made to New Macedonia Cemetery Fund or the Cookeville Regional Hospital Charitable Foundation Cancer Fund.