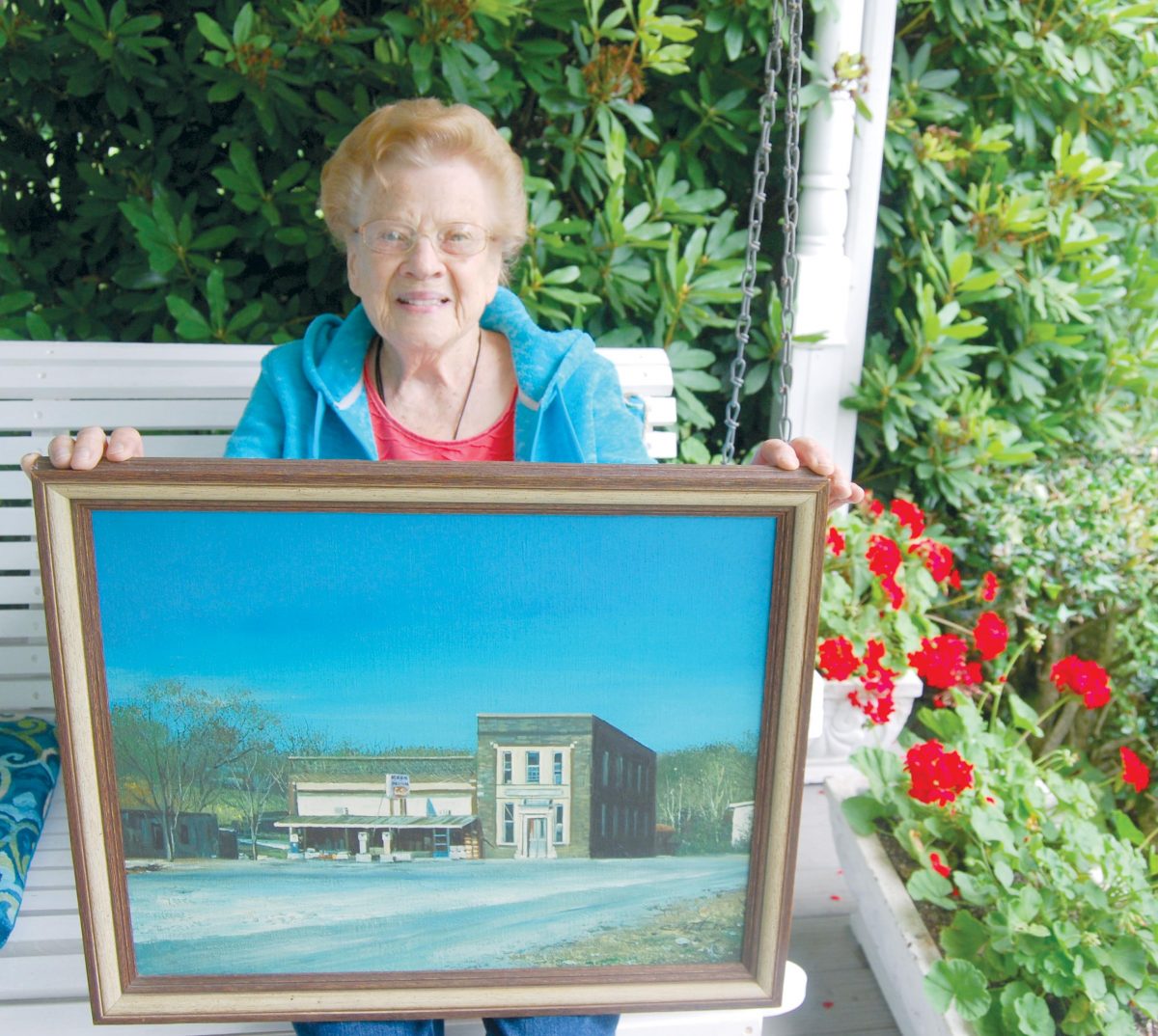 If a picture is worth a thousand words, Mary Etta Nixon has got a million of ’em. That’s because she is the guardian of a treasure trove of dozens of vintage photographs of her beloved hometown of Hickman. The Smith County native and her late husband, Clarence, and their brother-in-law, Ray Paschall, operated Nixon-Paschall General Merchandise Store from 1944 to 1987.

It not only served as a grocery and dry goods store but was the social hub of the community where everyone caught up on the local news. (Three years ago, the bridge crossing Hickman Creek on State Route 264 was named Nixon & Paschall Memorial Bridge in honor Mr. Nixon and Mr. Paschall.) Mary Etta, 89, took up residence here in 1950 after she and Clarence married and remembers when commerce was brisk.

“There were 17 businesses in Hickman at one time,” she said, ticking off a list of enterprises that included a movie theater, an ice cream parlor, a drug store, a car dealership and a hat maker. “There was Huddleston Hotel, where passengers on the train would stop and eat lunch and supper. We had a weigh station, a telephone office and had big fairs.”