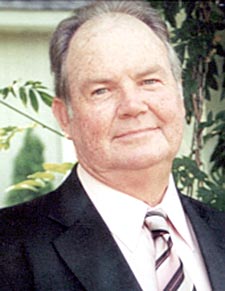 Longtime Hogans Creek Community resident, Mr. Bobby Roberts, died at the age of 82 at 8:05 a.m. Wednesday morning August 4, 2021 at his Bradford Place home and was surrounded by family members and was pronounced deceased at 9:30 a.m. by Caris Hospice of Cookeville who had been lovingly assisting his family with care.

Mr. Roberts’s grandson, Bishop Drew Eastes, officiated at the Saturday afternoon August 7th funeral services from the Carthage Chapel of Sanderson Funeral Home. Burial followed beside Mr. Roberts’s wife of over fifty nine years in the Garden of the Cross at the Smith County Memorial Gardens.

Mr. Roberts was of the Pentecostal faith.

Mr. Roberts was first employed with the Pat Eatherly Construction for ten years and beginning on May 30, 1966 he was employed with the Mixon-Nollner Oil Co. in South Carthage as a gas truck delivery driver, a career that spanned forty one years, until his retirement on December 31, 2007.

The Roberts family requested memorials to the St. Jude Children’s Hospital in Memphis.