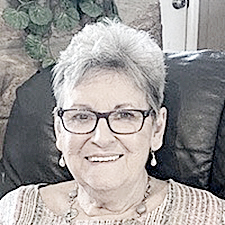 Funeral arrangements are under the direction of Crafton Funeral Home where services will be held Monday, October 4, 2021 at 11am with burial to follow in Sulphur Spring Cemetery.

A native of Crossville, Tennessee, she was the daughter of the late Orlie J. Wood and Arlene Dodson Wood who resides in Gordonsville, Tennessee. She was preceded in death by a brother – Lewis Wood. Carol was a loving mother and sister. She was a caregiver to many young children over the years. She was a member of Liberty General Baptist Church in Franklin.

Visitation will be from 2pm until 8pm Sunday and after 6am Monday at Crafton Funeral Home.

This notice provided as a courtesy to the Cook and Wood family.