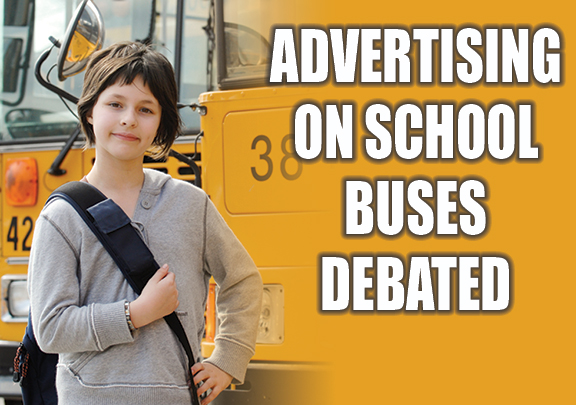 During a discussion concerning the advertisement among school board members and the director of schools during an October workshop, concerns were raised about out-of-county businesses advertising on the school buses.