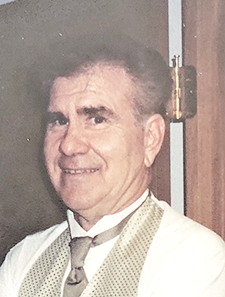 Mr. Gayle Cripps, age 72, of Carthage, passed away October 26, 2021 at his daughter’s residence surrounded by family.  He was born July 20, 1946 in Cannon County to Javin Brown Cripps and Rosa Ray Vickers.  He was owner of Cripps Construction, served in the US Navy, was a member of the VFW and Carpenters Union.  His church affiliation was Baptist.

A Celebration of Life service was held Saturday, October 30, 2021 at 1:00 PM in the chapel of Anderson Funeral Home, with interment in Ridgewood Cemetery, Carthage.

He was preceded in death by his grandparents, Horace Vickers, Rosa Mai Scott and Troy Cripps Sr, Myrtle Mai Jones Cripps; and parents, Javin and Rosa.