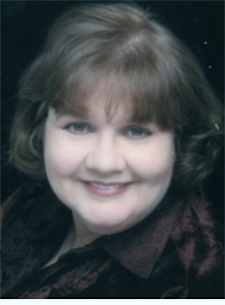 A retired Defeated Creek community business lady has died at the age of 77.

Mrs. Carolyn Vires died peacefully with her family at her bedside at their Tanglewood Trail home in Crossville at 1:32 p.m. Friday afternoon, December 3, 2021. She was pronounced deceased at 2:20 p.m. by Hospice of Cumberland County who had been assisting with Mrs. Vires care during her final days.

A funeral is scheduled for Saturday afternoon, December 11th, to celebrate her life and her close family will deliver the eulogy and Rev. Monica Mowdy will be the officiant.

The Vires family will receive friends on Saturday from 3 p.m. until 5 p.m. at Sanderson and Mrs. Vires will be cremated at Cumberland Family Services in Algood.

She was one of two children born to the late Gordon Alfred Hinzmann Sr. and Christine Julia Wallac Hinzmann Barton and was born Carolyn Ann Hinzmann in Detroit in Wayne, Michigan on January 7, 1944.

Mrs. Vires was a 1962 graduate of Cody High School in Detroit.

In Dearborn, Michigan on July 25, 1964, she was united inn marriage to Detroit native Allen Vires.

She was a corporate leasing manager and retired from the G. E. Capital Corporation.

In 2004, following retirement, she and her husband, Allen, purchased the Defeated Creek Marina which included the cabins and Creekside Café.

Mr. Vires oversaw the operation of the marina and boat rentals and Mrs. Carolyn, being an accomplished cook, operated the café.

There they made many new friends and her restaurant was a magnate on Wednesday evenings for her famous spaghetti, which many local and newcomers to Smith County would meet, eat, and share and mostly hear, some of Carolyn’s philosophy.

In 2014 they again retired and sold the Defeated Creek operation and relocated to Crossville.

Mrs. Vires was a practicing Catholic.