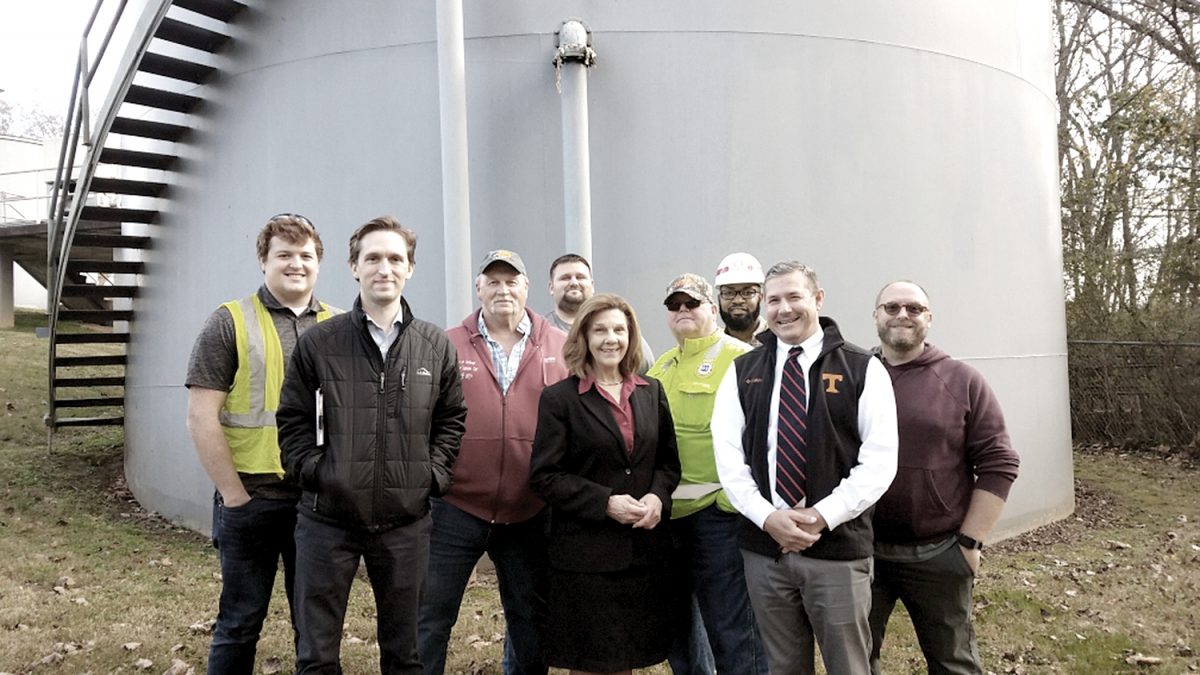 CORPS TO ASSIST WITH EROSION PROBLEM

The U.S. Army Corps of Engineers Nashville District (USACE) has plans to correct an erosion problem on the Cumberland River threatening the Carthage Wastewater Treatment Plant. The federal agency recently received an appropriation to initiate what it calls an “emergency streambank stabilization project” to correct the problem.

A 90,000-gallon holding tank near the river is at risk from streambank erosion, according to the Corps of Engineers. “If erosion continued and this holding tank failed, it would be catastrophic for the city and the Cumberland River,” said Craig Carrington, Nashville District Planning Branch. Carrington and the USACE project team joined Carthage Mayor Sarah Marie Smith and the plant’s staff at the water treatment plant to kick off the project on November 17.

Carrington said the Corps of Engineers is working closely with the city to take the necessary steps to address the erosion issue.