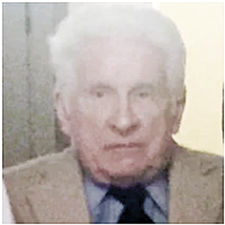 Mr. Vaden was born November 26, 1943 a son of the late Charles Alvin Vaden and Estelle Haynes Vaden. He was also preceded in death by Brother; James B. “Cat” Vaden and Infant Sister; Vera Mai Vaden.

Mr. Vaden graduated from Gordonsville High School in 1962. He worked for several years for Avco before working for TVA at the Nuclear Plant. After TVA, Redbone worked for Dana Corporation for many years until his retirement in 2016. After retiring from Dana, Redbone worked for Wal-Mart for a short time. He was a member of the Gordonsville United Methodist Church. Redbone enjoyed working on the farm and helping in the garden.

Visitation with the Vaden family will be at the Gordonsville Chapel of Bass Funeral Homes on Tuesday from 3PM until 8PM and on Wednesday after 11AM until service time at 1PM.

The family requests memorials be made to the Gordonsville United Methodist Church.