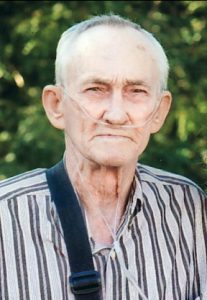 A retired Chestnut Mound businessman has died at the age of 78.

Mr. Clarence Hunter died at 5:45 p.m. Friday evening September 2, 2016 at his Huff Lane home with his family at his bedside. He was pronounced dead at 7:35 p.m. by Gentiva Hospice who had been caring for him since Monday. Mr. Huff suffered from lung disease associated with his machinist occupation.

At Mr. Hunter’s request he was to be cremated and to have no services.

Mr. Hunter was at the Carthage Chapel of Sanderson Funeral Home and was cremated at Cumberland Family Services in Algood.

One of four children, he was the son of the late Clarence P. and Ena Sliger Hunter and was born Clarence Nelson Hunter in Sparta on August 10, 1938.

A sister, Peggy Hunter Cain preceded him in death.

In Gallatin on September 14, 1973 he was united in marriage to Chestnut Mound native, the former Barbara Elaine Huff.

Mr. Hunter was a 1956 graduate of Cookeville High School.

Mr. Hunter proudly served our country with the United States Air Force and was honorably discharged on June 20, 1961 at the McGuire Air Force Base in New Jersey with the rank of Airman 2nd Class. He was stationed in Greenland for almost a year of his total service of three years, ten months and sixteen days.

He was longtime manager of the former Carthage Machine Shop and transferred to the Mastercraft Shop in Lebanon.

He later went into business for himself and established Hunter Machine Shop at his Huff Lane home, which he owned and operated until his retirement in 2013.

The family requests memorials be made to HUGS which provides for under-privileged families through the Smith County Health Department.