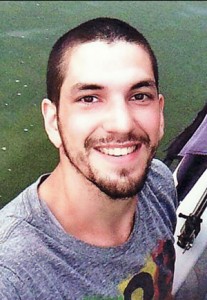 Mr. Alex Wuenst, of the New Middleton Community died at 11:18 Wednesday morning September 14, 2016 at the Charles Apple Lane home of his parents. He was 28.

At Mr. Wuenst request he was cremated and the family has planned no services.

Having never married, he was born John Alexander Wuenst in Winchester in Fredrick County, Virginia on June 6, 1988 and was the son of John Phillip “A. J.” and Donna Jean Burnsed Wuenst also of New Middleton.

He was an auto mechanic by trade.

Mr. Wuenst was a non-denominational Christian.