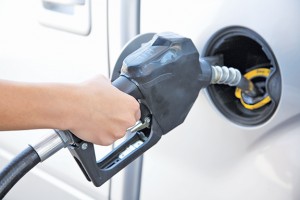 Residents likely noticed a significant increase in the price of gasoline, Monday morning.

A state of emergency declaration late Friday by Governor Bill Haslam caused panic among many residents who flocked to local convenience markets (gasoline stations), resulting in businesses running out of certain types of gasoline or their entire supply with the exception of diesel fuel.

Late Friday afternoon and into the evening hours lines formed at many fuel outlets as residents topped off their tanks.

Along with the declaration, the governor asked residents to continue their normal purchasing routine, warning a sudden rush to the pumps (as occurred) would create a fuel shortage.

A leak in the Colonial Pipeline in Alabama resulted in increased concerns of a possible shortage and led to the governor’s declaration.

Tennessee was among six states where an emergency was declared.

The pipeline serves much of the eastern U.S. The leak means higher gasoline prices.

As of Monday morning, gasoline prices rose 13.8 cents per gallon during the past week, according to Gasbuddy’s, an organization which monitors fuel prices.