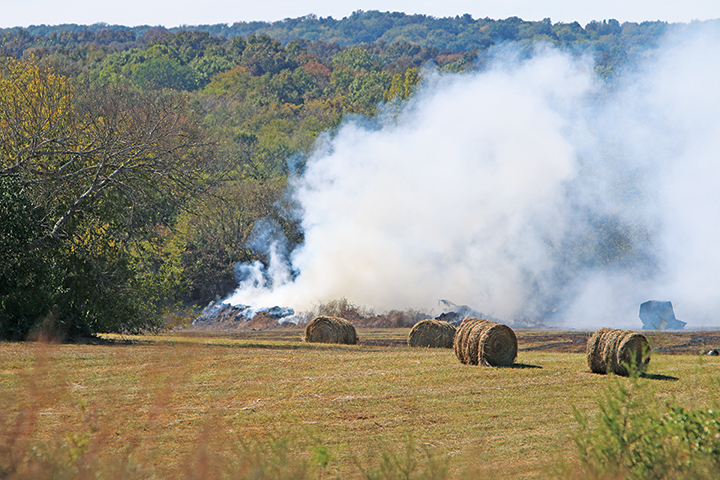 A field fire in the Flat Rock community resulted in the loss of thousands of dollars in hay and equipment.

The fire burned over an estimated 50 acres, destroying approximately 200 round bales of hay, hay baler and utility truck.

Rock City/Rome firemen were initially called to the scene at around 4 p.m. on Tuesday of last week.

Forks River, Central District, New Middleton and South Carthage (brush truck) were dispatched to the scene to assist in combating the blaze.

The hay and equipment belonged to Charles Hooper, according to Carter.

Firemen remained on the scene until around 6 p.m. Rock City/Rome was dispatched to the fire on Wednesday morning as the hay bales re-ignited.