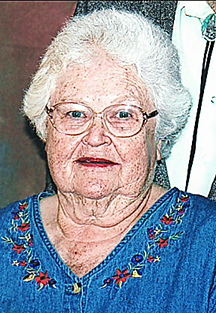 Lifelong Brush Creek community resident Mrs. Doris Bradley Moore died at 5:40 p.m. Saturday evening, October 22, 2016, at the Bethesda Health Care in Cookeville following an extended illness.  She was 83 and had made her home at Bethesda since January 25th of this year.

Mrs. Moore was a member of the Class of 1951 at Gordonsville High School and later attended and graduated from Draughons Business College in Nashville.  She was a homemaker and worked for a time as secretary at the Cookeville Central High School.

Mrs. Moore was a member of the Brush Creek Primitive Baptist Church.