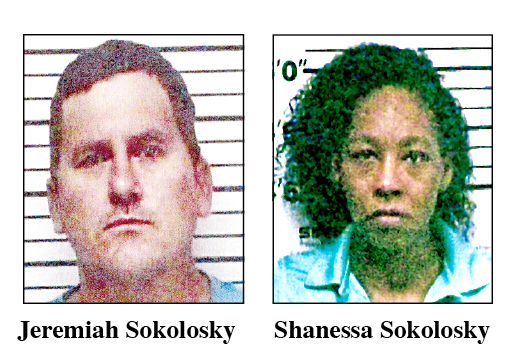 A Gordonsville couple faces a host of drug-related charges following a traffic stop and narcotics investigation.

Charges were filed following a traffic stop on Hogan Road in Gordonsville, Sunday around 3 p.m.

Jeremiah Shane Sokolosky, 37, and Shanessa Laneil Sokolosky, 27, have been charged with five counts of manufacture/delivery/sell of a controlled substance, felony possession of drug paraphernalia and possession of a firearm during the commission of a felony.

Jeremiah Sokolosky is also charged with possession of a weapon with intent to go armed.