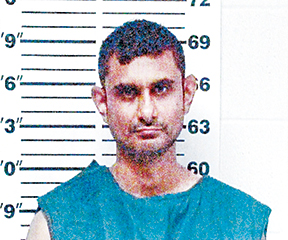 A Carthage resident has been charged with sexual battery by an authority figure.

Tarun Suresh Patel, 35, allegedly “inappropriately touched one of his juvenile female employees at his place of work on or about Tuesday (October 18)”, according to an affidavit of complaint filed by Gordonsville Police Sgt. B.J. Jackson who investigated the case.