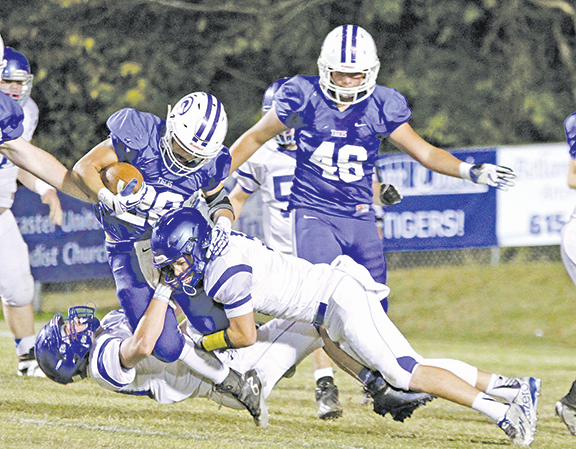 The Gordonsville High football team has already taken down one Region 6-1A playoff foe in Hollow Rock – Bruceton. The Tigers will be seeking to defeat another 6-1A opponent this week when they travel to unbeaten (11-0) Wayne County. Last week, Wayne County, ranked second in the state in the season’s last Class 1A poll, defeated Gordonsville’s fellow Region 5-1A member Middle Tennessee Christian 45-7 — to remain undefeated. In the game, the Wildcats’ quarterback Preston Rice tied the Tennessee Secondary Scholastic Athletic Associations’ (TSSAA) all time state record for total touchdowns with 134. The Wildcats scored three touchdowns on their first eight plays against the Cougars and had a 33-0 lead by the end of the first quarter.

READ MORE ON ALL THE GAMES IN THIS WEEKS COURIER