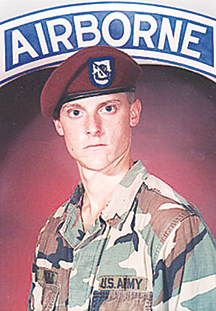 The death of a Persian Gulf War veteran and Riddleton man remains under investigation.

Wade Lackey, 46, was fatally shot in Wilson County during the late night hours on Halloween night.

The medical examiner’s office ruled the death a homicide.

“Residents on Crestview Drive in Mt. Juliet reported an individual running in a panic because there was someone in his home and claimed they were charging at him with a firearm,” Flair said.

Deputies responded to the residence and located Lackey in the front yard, according to Flair.