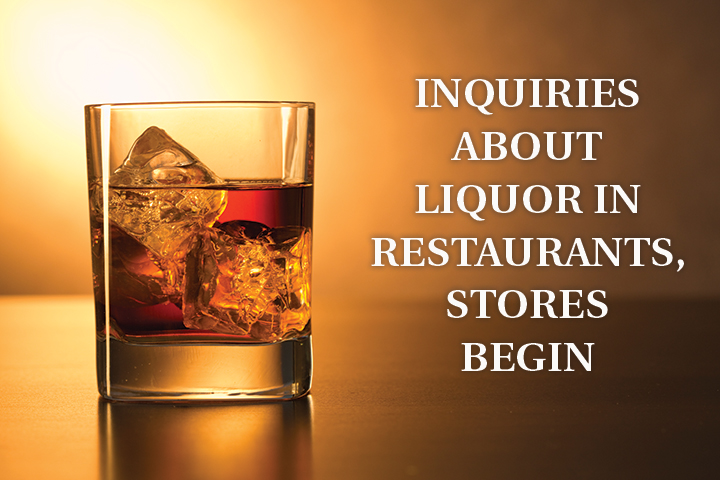 INQUIRIES ABOUT LIQUOR IN RESTAURANTS/STORES BEGIN

(The county election commission will meet Thursday, November 17 to certify the results of the November 8 election.)

Results of last Tuesday’s liquor referendums will not be certified until this week, however the town of Carthage is already receiving inquiries about permits to sell liquor by the drink and opening of package stores.

Two of those referendums were approved in Carthage.

A referendum allowing “consumption of liquor on premises” or commonly known as “liquor by the drink” was approved by a 390 to 265 vote.

The referendum will allow liquor to be served in restaurants with permits. Proponents of “liquor by the drink” are hopeful the measure will possibly attract an upscale restaurant.

In the town of Gainesboro, liquor by the drink spurred the upscale restaurant The Bull and Thistle.

The town of Gordonsville approved liquor by the drink several years ago.

A longstanding restaurant, Timberloft, serves liquor by the drink and has an open bar in a special room.

A second referendum will allow package stores to sell liquor and other alcoholic beverages.

Proponents of package stores maintain the legislation will keep tax dollars inside the city limits by allowing residents to purchase liquor and other alcoholic products locally when a store is established.

The two referendums faced moderate opposition, but mainly a large “silent majority” of proponents turned out at the polls.