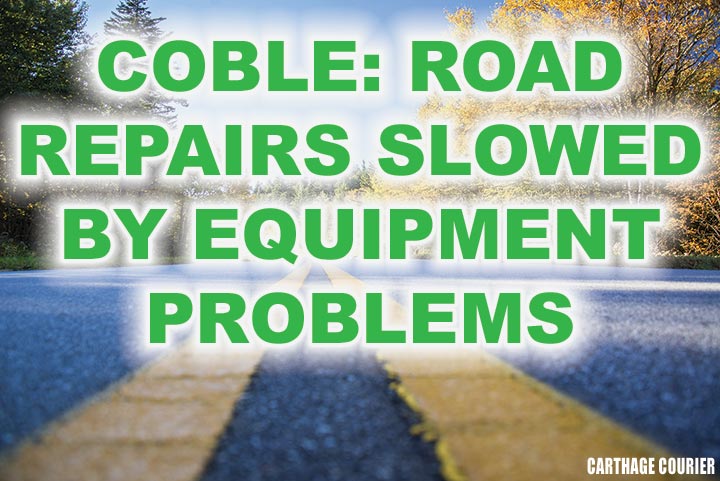 Mechanical breakdowns with county highway department equipment has led to a delay in repairs to some roads in the northwestern section of the county damaged by flooding earlier this year, according to Road Commissioner Steve Coble.

The flood water damaged bridges and washed out sections of roadway in the Dixon Springs, Riddleton and Pleasant Shade areas in May.

As many as 21 roads were significantly damaged by the flooding, resulting in damage in the tens of thousands of dollars, according to Coble.

This summer the road department has been cleaning out creeks along the damaged county roads in an attempt to prevent future flooding.

The department has also been grading and reworking roadways to make them passable until additional repair work can take place.

While the creek beds have been clear and the roads are now passable, the road commissioner said mechanical problems with dump trucks and a distributor (machine used to dispense oil in the tar and chip process) have resulted in delays in road repairs.