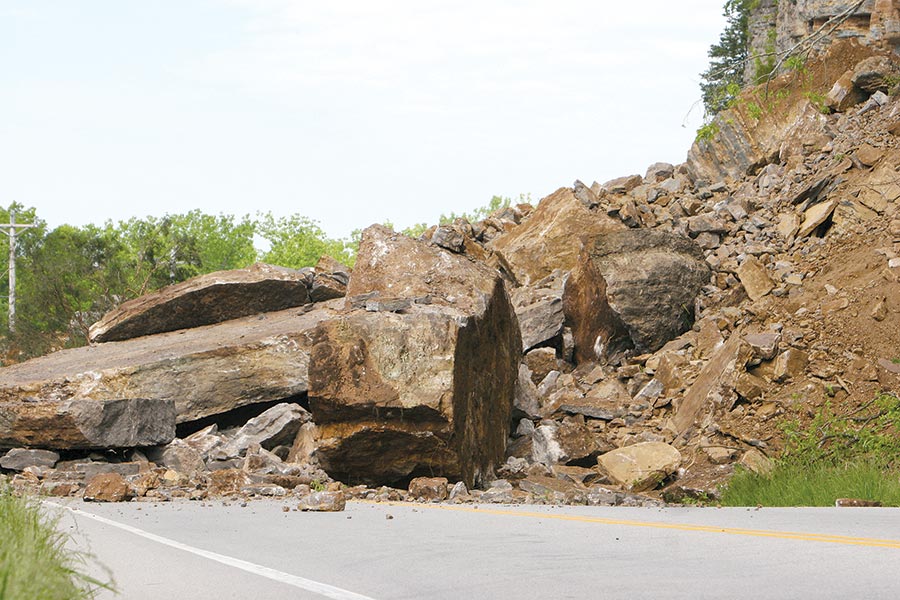 A state construction project which will scale back the bluff on Highway 25 between Carthage and Tanglewood is expected to begin during the first quarter of next year, provided there are no delays.

In addition to scaling back the bluff on the north side of the state highway at the scenic overlook, the project will include stabilizing the embankment on the south side of the roadway just west of Hardee’s restaurant.

The work on the north side of the roadway, just east of Smith County Motor Company, will stabilize the bluff which was the scene of a massive rock slide in May of 2013.

The rock slide temporarily shut down the state highway.

Smaller rock slides have occurred at the sight through the years.

The second part of the project will stabilize the embankment on the south side of the roadway which was severely eroded in the May 2010 flood.

Erosion is so extreme the road embankment is giving way.