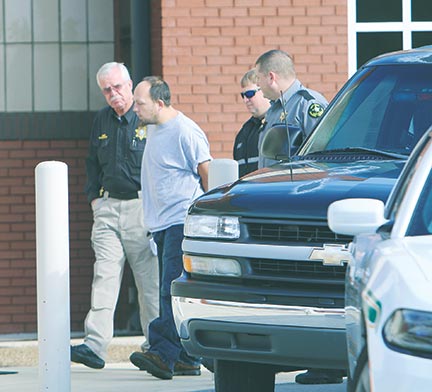 Most of the suspects arrested and those still being sought face illegal drug sale charges.

The undercover investigation has been ongoing for about a year.

The 47 suspects were among the 62 sealed indictments returned by the county’s grand jury which met on December 5 and returned 99 indictments.

A total of 21 suspects were located by Monday afternoon.

The search for additional suspects continues.

Officers didn’t have to look far for ten of the suspects who were already in jail, most of whom are already facing drug-related charges.

Officers met around 10 a.m. at an undisclosed location and were given their assignment.

Paired in groups of three, officers began scouring the county in search of suspects around 10:30 a.m.

Shortly before 11 a.m., officers arrived at the Smith County Courts Facility with their first suspect.

Individuals were processed in a vacant courtroom at the facility before being booked into the county jail.

The search continued until around mid-afternoon.

READ THIS WEEKS COURIER FOR A FULL LIST OF THOSE ARRESTED AND OTHERS CHARGED.