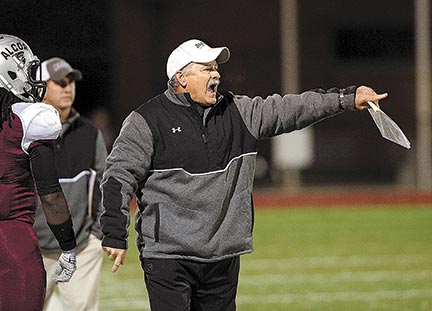 When you’ve won 397 games on the gridiron over 35 seasons as a head coach, it might seem nigh to impossible to pick your most memorable victory.

That’s not the case for Carthage native son, Coach Gary Rankin, whose Alcoa Tornadoes squashed Liberty Magnet (of Jackson), 45-12, in the Class 3A BlueCross Bowl on Dec. 2.

The win put the skipper at the top of the record books one more time.

Already the winningest high school football coach in Tennessee history in total victories, he now holds the record for most state championships with a dozen under his belt.

He won four state titles while at Riverdale High in Murfreesboro between 1990 and 2005.

All 12 championship tilts were sweet, furnishing memories to be savored, but none of these is THE ONE.

They don’t compare to a little tussle he had as a fledgling head coach back in the early 1980s when he had taken the helm of his alma mater, Smith County High School, where he started at quarterback in 1969, 1970 and 1971.