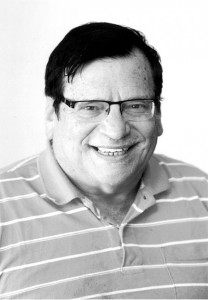 A Carthage city councilman remained hospitalized, Monday, after being assaulted and robbed at his residence over the weekend.

Councilman Phillip Brooks was struck in the head by a male subject who also took his wallet and money.

Monday, the councilman remained hospitalized at Vanderbilt University Medical Center in Nashville and a suspect is being sought in connection with the assault and robbery.

According to a report filed by the assistant chief, the councilman telephoned the police department saying a robbery had taken place at his residence.

Police arrived on the scene to find Brooks sitting in a chair on the front porch of his home with “blood coming from his mouth”.

Police described the councilman as “still being dazed” from the assault when they arrived on the scene.

The councilman told police a female subject, who had a small child with her, was at his residence helping him clean out his car.

The female subject told the councilman she needed to change the child’s diaper and asked if she could use his bathroom, according to the assistant chief’s report.

The councilman went inside the house with the woman to show her where the bathroom was located, according to the assistant chief’s report.

While in the house, a male subject entered the residence saying he needed to use the restroom.