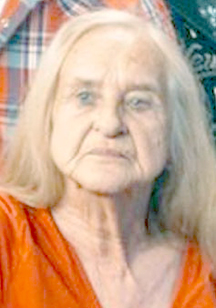 Mrs. Bennett was born December 27, 1935 in the Buffalo Valley Community of Smith County, TN, the daughter of the late Buck Woodard and Gracie Medley. She married Billy B. Bennett and he preceded her in death on February 5, 1993. She was also preceded in death by Son; Jerry W. Bennett on August 14, 2002, Daughter; Linda Bennett Bow on October 15, 1996, Grandson; Randy Bennett, and Brother; Jackie Woodard on October 12, 2014.

Funeral services for Mrs. Bennett are scheduled to be conducted from the Gordonsville Chapel of Bass Funeral Homes on Wednesday, February 1, 2017 at 1PM. Interment will follow in the Bennett Cemetery in Lancaster, TN.

Visitation with the Bennett family will be held at the Gordonsville Chapel of Bass Funeral Homes on Tuesday from 2PM until 8PM and on Wednesday after 10am until service time at 1PM.

In lieu of flowers the Bennett Family requests donations be made to assist with funeral expenses.