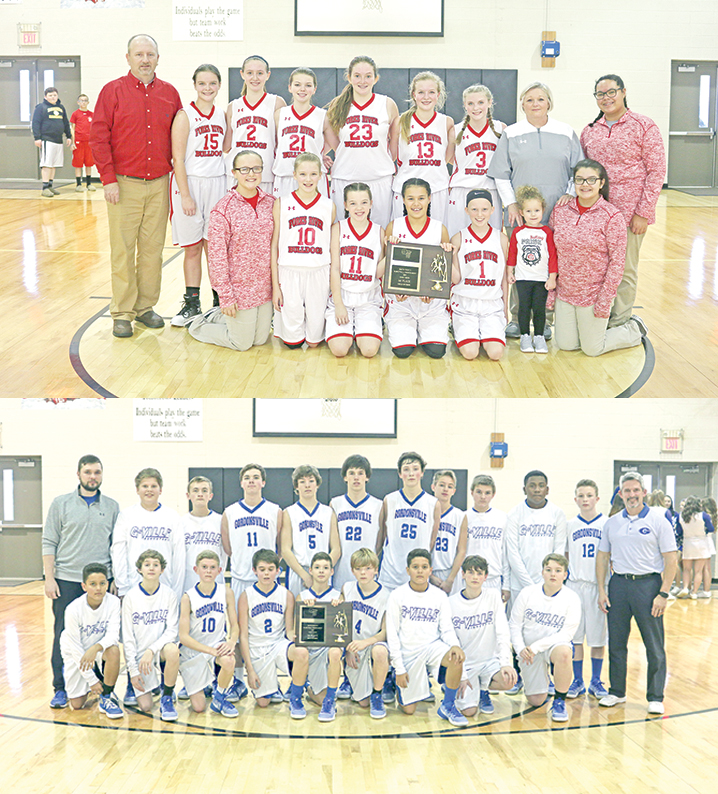 The 2017 version of the Smith County Elementary tournament girls championship featured another showdown between the Forks River Lady Bulldogs and the Defeated Lady Braves last Saturday. A dominant Forks River first half and a gutsy Defeated comeback in the second was the formula for another classic finish between the rivals. When the dust settled, the Lady Bulldogs stood alone as the girls champion after surviving Defeated — in a 35-34 thriller. The two teams met twice during the season. The Lady Bulldogs claimed victories in both contests — a 38-27 win in the Forks River tournament finals and a 35-16 regular season victory. The 35-16 loss was the only blemish on Defeated’s county record.

Defense was the name of the game during the Smith County Elementary basketball tournament boys championship last Saturday. The battle between the Smith Co. Middle Owls and the Gordonsville Tigers included only 33 total points (23-10) as the Tigers clinched the county title. The teams went a combined 10-of-46 from the field with a 21 percent shooting percentage. “I do not know if both teams were a little tight or what,” said Gordonsville head coach Trey Sanders. “Both teams got off to slow starts. I thought we did a pretty good job defensively of making sure that if the big boy, (Evan) Jones, got the ball inside that we kept him in front of us and did not allow him to get to the basket. That enabled us to get some rebounds and push the ball a little bit.”