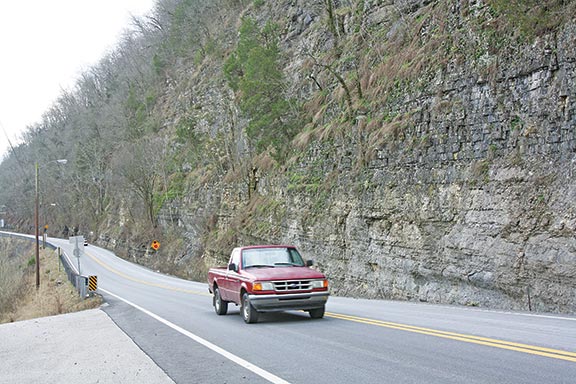 As state legislators debate Governor Bill Haslam’s “Improve Act”, calling for a seven cent increase in the state’s gasoline tax, residents will be hearing a lot about the state transportation department’s backlog of projects. The “backlog” includes 181 projects in 62 counties. The county doesn’t have any projects listed on the state’s “current backlog”, projects approved by the General Assembly and under development, projects which have been funded in at least one of three phases including preliminary engineering, right-of-way acquisition or construction. While the county doesn’t have any projects on the transportation department’s “current backlog”, it has 12 proposed projects on the transportation department’s “new project” list. The new project list includes 765 projects. On Wednesday of last week, the state released a “master list”, 962 projects which would either be completed, under construction or under contract within an estimated 12 to 13 years if the proposed fuel tax increase is approved. The “master list” basically includes those on the “current” backlog and “new projects” lists. The state’s rock mitigation program on Highway 25 just east of the Carthage city limits is expected to begin within weeks, leaving some residents wondering about plans to scale back the bluff at the end of the Cordell Hull Bridge on Highway 70 in South Carthage.