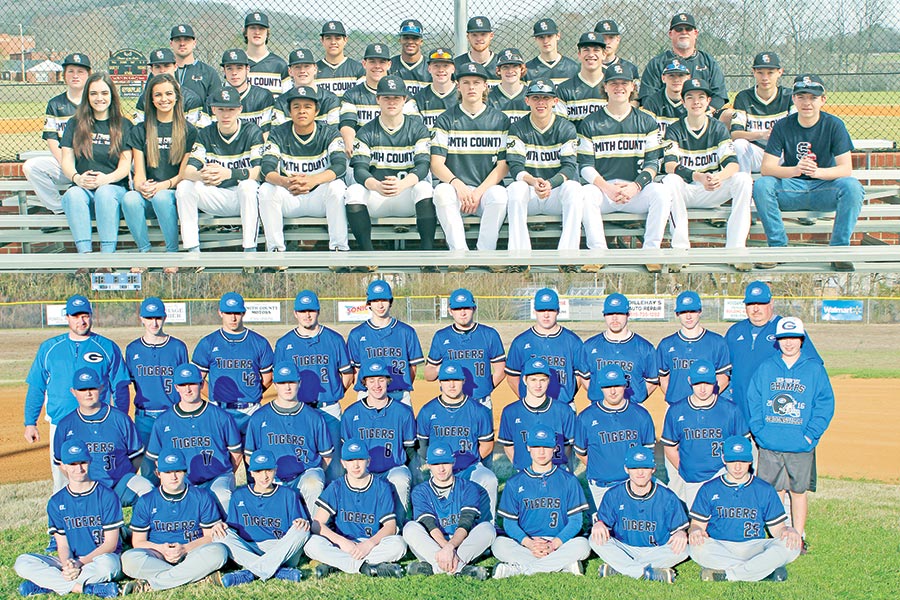 CARTHAGE — Competition will be the main theme early on for the 2017 Smith County Owls baseball team. At the end of last year the Owls had one senior on the field as an everyday starter and many young players on the field. While many players established themselves in certain positions last year, some will be asked to embrace new roles this season. Coach Scott Pope had this to say about this year’s squad. “There is a lot of potential on this team,” said Pope. “We had several sophomores and freshmen playing big roles for us last season. This year’s team has two seniors and many of the younger guys will be asked to step up again in various roles throughout the year.” Smith Co. ended their 2016 campaign with a 19-10 overall record with an 8-6 mark in District 8AA. The Owls placed fourth in the 8AA regular season standings behind Murfreesboro Central Magnet, Upperman and DeKalb Co.

GORDONSVILLE — The Gordonsville Tigers baseball team will try to use the momentum from a historic 2016 season to build success in 2017. Last season, the Tigers advanced to the Class A state tournament and were one of the last remaining six teams in the Tennessee Secondary School Athletic Association’s double elimination state playoff. The 2016 season was the most successful in the program’s history. Gordonsville’s path to the state tourney included runner-up performances in the District 8A and Region 4A tournaments. Big Blue went on to make their first sub-state appearance since 1986. The Tigers stunned one of the state’s top teams in Boyd Buchanan with an 11-6 win and defeated Meigs Co. in the first round of the state tournament before losing games to Scotts Hill and Loretto. Seven starters return from last year’s squad including Tennessee Baseball Coaches Association All-State selection Bobby Parliment. Other key returners are lead-off hitter Joey Parliment and pitcher Hunter Davis. Starters Adam Goolsby, Justin Vaden, Devin Goodwin and Mitchell Kirby are also part of the Tigers’ 28-player roster.

READ MORE ON BOTH TEAMS AND MORE IN THIS WEEKS COURIER SPORTS!!