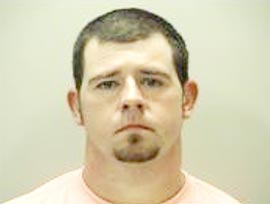 Warrants have been issued for two people in connection with a high dollar residential burglary in the New Middleton community.

Warrants for aggravated burglary have been filed against two people in connection with the burglary, according to Sheriff Steve Hopper.

Monday, the two are being held in the Wilson County jail on charges in that county.

The two suspects were located during an incident which occurred in Lebanon, Wednesday night.

According to information posted on the Lebanon Police Department’s Facebook page, officers were dispatched to LaQuinta Inn, located on Sixth Avenue, where eight to ten people were reported to have been involved in possible illegal activity.

One of the individuals was wanted in connection with the Smith County burglary.

The two subjects wanted in the New Middleton burglary were Caleb Wesley Denney, 29, Carthage, and Benjamin Charles Lee, 27, Smithville, according to the sheriff.