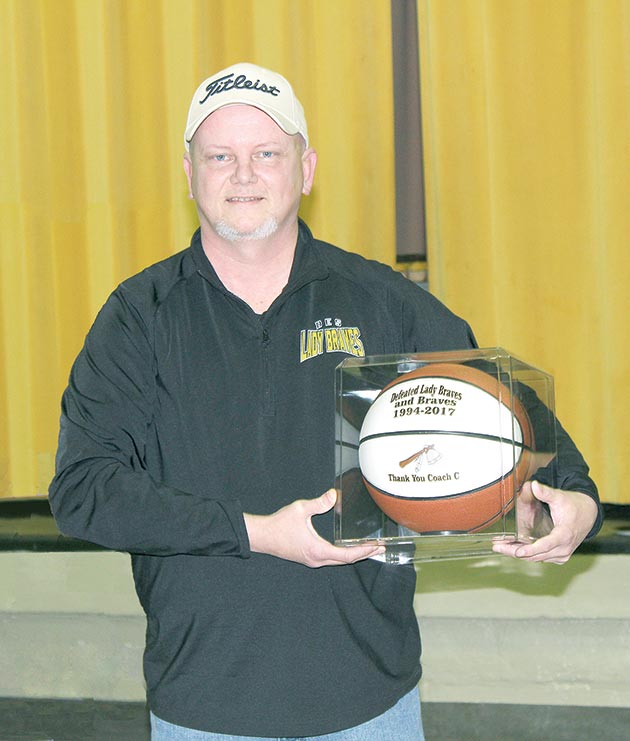 Jeff Craighead was presented with a ball commemorating his 23-year career at Defeated Elementary.

Craighead coached 72 All-County performers and eight Player of the Year recipients during his career.

Former players and Defeated Elementary held a surprise “Thank You, Coach Party” for Craighead on March 17.