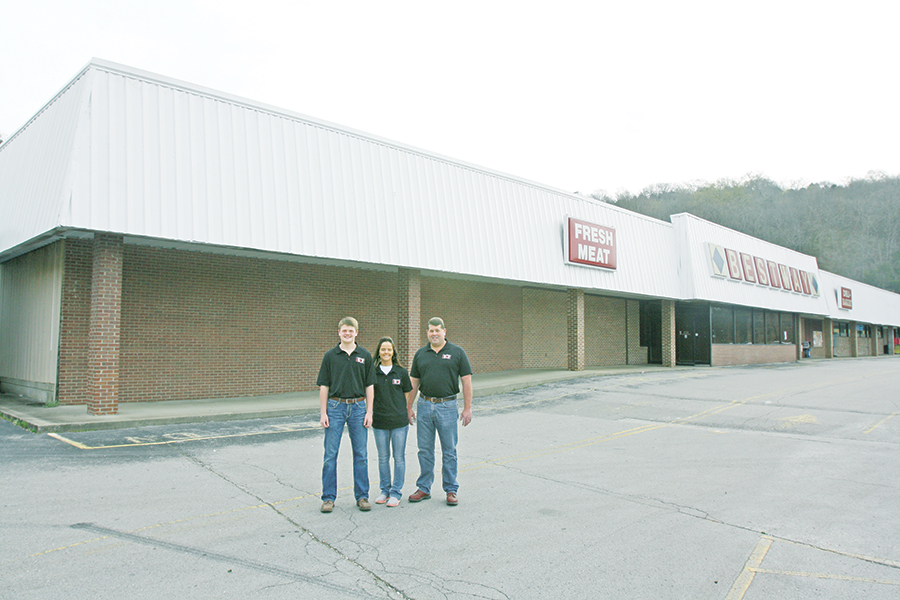 A major renovation is in store for Smith County Plaza as the Highway 25 (Carthage) shopping center has returned to local ownership.

Renovations will include the opening of a new Sav-Way Grocery Store. Local residents Todd and Angela Scurlock and son, Ray, who own the Sav-Way in South Carthage, became the plaza’s new owners on March 14 and plan to open a second store in Carthage.

The family is looking to breathe new life into a shopping center whose former anchor, Bestway Grocery Store, closed several years ago.

Since the closing of Bestway, upgrades to the shopping center have been largely neglected.

The former Bestway Grocery Store area will be renovated including new flooring, coolers, fixtures and shelves.

Outside renovations will include a new facade, reworked parking lot and landscaping.

“We needed a larger location. We have outgrown the South Carthage building,” said Todd Scurlock. “Our number one complaint was the need for wider aisles.”