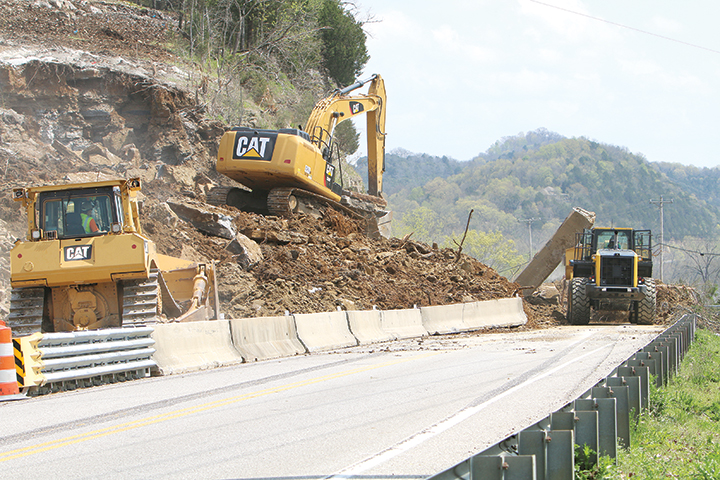 Highway 25 just west of Carthage was shut down after a blast at a construction site sent tons of rock and dirt onto the highway.

The road was shut down around noon, Wednesday, for a routine blast where the bluff is being scaled back at the Cumberland River overlook between Tanglewood and Carthage.

The blast sent a mound of dirt and rock across the highway, knocking out a section of the temporary concrete barrier wall, blocking both lanes of travel.

Civil Constructors, a Franklin based company which received the bid for the construction project, rushed in to clear the debris.

However, it took around two hours to get the debris moved to the shoulder of the state highway.

Initially, one lane was opened.

Later in the evening the second lane was opened.

It was only the second blast for the highway project.

Frustrated motorists looking to get to Carthage turned around in the roadway and detoured along Massey Road, Hartsville Pike and Turkey Creek Highway into town.

Motorists, mainly tractor-trailer truck drivers, who were not familiar with local roads waited for the road to reopen.

Construction barrels were placed where the temporary concrete barrier wall was knocked out.