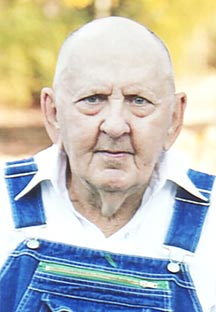 Mr. James Agee, a farmer and retired road builder of the Gladdice Community died peacefully Saturday evening April 23, 2017 at 6:20 p.m. at his Brooks Bend Lane home under the care of Avalon Hospice who had been caring for him since his being diagnosed with kidney cancer. He was 75.

Funeral services were conducted from the Hackett Chapel of Sanderson Funeral Home with Bro. Tim Dunavant and Bro. L. C. Trout officiating. Burial followed the 1 p.m. Tuesday afternoon April 25th services in the Gene Butler Cemetery in the Brooks Bend Community which was under the oversight of Mr. Agee.

Born James Butler Agee on March 12, 1942, on the family farm where the Corps of Engineers Salt Lick Creek Campground is now located, he was one of four children of Opal Lee Butler Agee of Carthage and the late Amon Haile Agee who died at the age of 79 on July 1, 1994.

At the home of Ruth Ensor in Old Hickory, he was united in marriage to the former Mollie Frances Ray on October 21, 1960. The ceremony was performed by Bro. L. C. Trout.