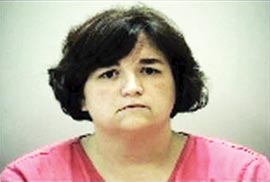 A Gordonsville veterinarian faces charges after allegedly trying to hire someone to kill her former husband, according to the Tennessee Bureau of Investigation (TBI).

The investigation began when law enforcement authorities learned Adams allegedly “requested an acquaintance find someone to kill her ex-husband”, according to the TBI.

“During the course of the investigation, it was revealed on April 21 Adams met with an undercover agent. She requested the agent kill her ex-husband and agreed to pay $5,000 to have it done,” according to the TBI.