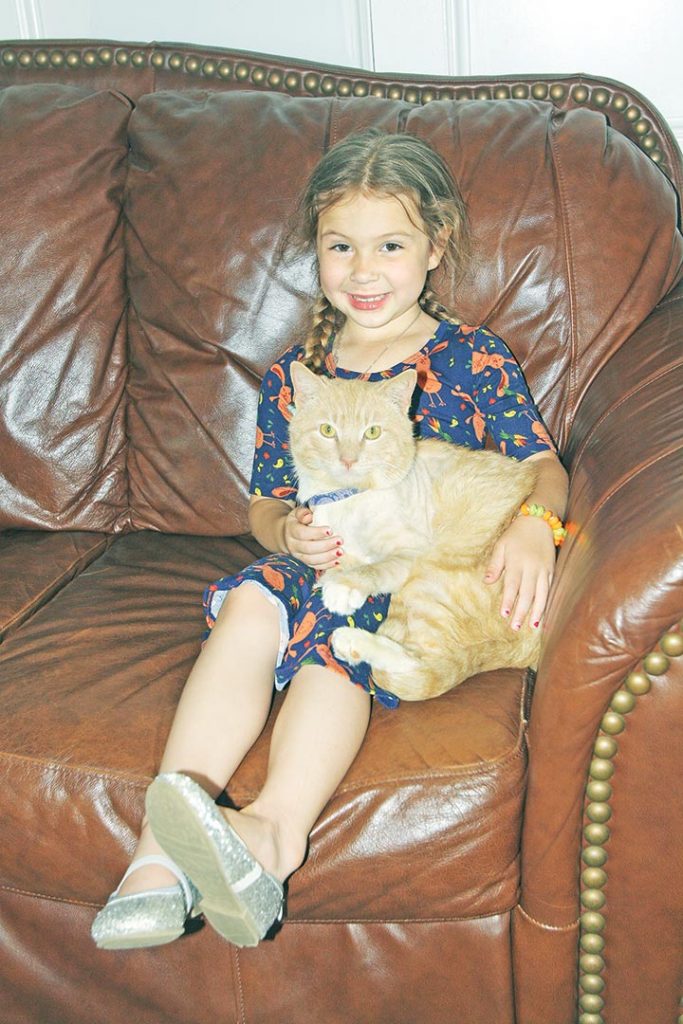 If a cat has nine lives, Rowdy may have used all but one.

The broken and bleeding cat was discovered by five-year-old Emily Kate Butler at her grandfather’s Hiwassee Road residence.

The youth was walking with her grandfather, Tommy Litchford, near a barn in February when they heard a cat meowing.

“At first we could hear the cat meowing but we couldn’t see it. Then my granddaughter said she could see it. I still couldn’t see it. He is tan and white and was laying on a patch of brown grass,” recalled Litchford, noting the cat could barely move.

“It could barely eat and had no balance.” “The veterinarian said it had been shot with a shotgun and there was still buckshot in its head. He also said its head had been stomped in. We don’t have a clue where it came from.” The cat may have seen its last day if it had not been discovered.