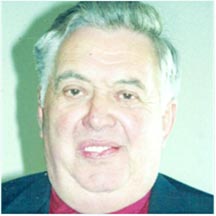 Mr. Powell was born October 22, 1935 in Smith County, TN, the son of the late Carsie Powell and Lucille Kemp. He was also preceded in death by Son; Jack Larry Powell on April 21, 2005, Sister; Carolyn Nesbitt, and Brother; Billy Joe Powell. Doug graduated from Smith County High School in 1954 and married Jean Whitehead on April 17, 1956. He worked for Upper Cumberland Electric Membership Cooperative and then Middle Tennessee Electric until he retired in 1992. Mr. Powell drove a school bus for the Smith County School System until retirement in February of 2016.

Funeral Services for Mr. Powell are scheduled to be conducted from the Carthage Chapel of Bass Funeral Homes on Saturday, April 29, 2017 at 2PM with Eld. James Thomas Gibbs officiating. Interment will follow in the Gordonsville Cemetery.

Visitation with the Powell family will be held at the Carthage Chapel of Bass Funeral Homes on Saturday from 11AM until service time at 2PM.