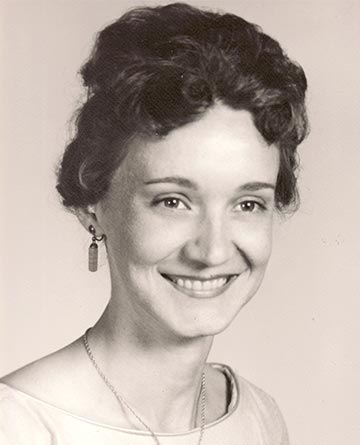 Mrs. Reba Cook Gentry, a homemaker of the Tanglewood Community, died peacefully at 7:15 a.m. Friday morning May 5, 2017 at the age of 82 at her Elmwood Boulevard home with her loving family at her bedside. Gentiva Hospice pronounced her deceased at 8:22 a.m. Mrs. Gentry was diagnosed with lymphoma just a week before her death.

Her nephew, Bro. Jeff Burton, officiated at the 1 p.m. Monday afternoon May 8th funeral services from the Carthage Chapel of Sanderson Funeral Home. Two of her grandchildren, Shannon LaCasse and Chris Hageman delivered eulogies. Burial will follow in the Gene Butler Cemetery in the Brooks Bend Community.

Two sisters preceded her in death, Geraldine Cook Richardson who died at the age of 93 on February 4, 2012 and Pearl Cook Thomas.

On December 31, 1949 in Franklin, Kentucky she was united in marriage to Jackson County native Robert Lee Gentry.

Mrs. Gentry was saved at the Maggart United Methodist Church and was baptized by her nephew Jeff.