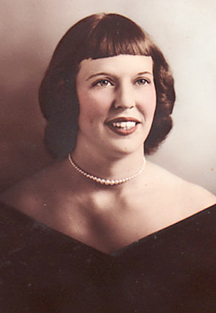 Mrs. Mary Stickle, age 77 of the Highland Community died at the Mabry Healthcare and Rehabilitation Center in Gainesboro at 5:54 a.m. Tuesday morning May 9, 2017 where she had resided since April 11, 2016 suffering from atherosclerotic heart disease.

Funeral services from the Carthage Chapel of Sanderson Funeral Home were conducted on Friday afternoon May 12th at 1 p.m. with Bro. Jeff Burton officiating. Burial followed beside her husband in Section Five at Ridgewood Cemetery.

The fifth of sixth children born to William Robertson and the late Sadie Elaine Satterfield Robertson Duke, who died at the age of 72 on November 7, 1981, she was born Mary Elizabeth Robertson in the Cages Bend Community at Riddleton on February 25, 1940.

Her step-father, who was like a father to the six children, Isham Duke, died at the age of 81 on October 28, 1981, only ten days before his wife.

Mrs. Stickle met and married Stanfordville, New York native Dewitt “De” William Stickle Jr. in Washington, D.C. on February 27, 1960. He preceded her in death on July 23, 2016 at the age of 77 following over fifty six years of marriage.

Mrs. Stickle was a 1958 graduate of Smith County High School where she majored in Home Economics and was a member of the Owl Yearbook staff her senior year and was also a Future Homemakers of America class officer her senior year.

Upon graduation Mrs. Stickle joined the United States Marines and was inducted in Nashville on June 2, 1958 and was assigned to the Headquarters Battalion at the Headquarters Marine Corp office in Washington D. C. and was honorably discharged with the rank of Lance Corporal on March 25, 1960.

Following her and Mr. Stickle’s being discharged from the Marines, they became contract carriers under lease to Crete Transport Co. before retiring in 1994.

Following retirement she and Mr. Stickle retired on Cordell Lake and purchased a farm on Marvin Givens Lane in the Richardson Hollow in the Highland Community.

She attended the Chapel Hill United Methodist Church in Beasleys Bend at Riddleton as a child.