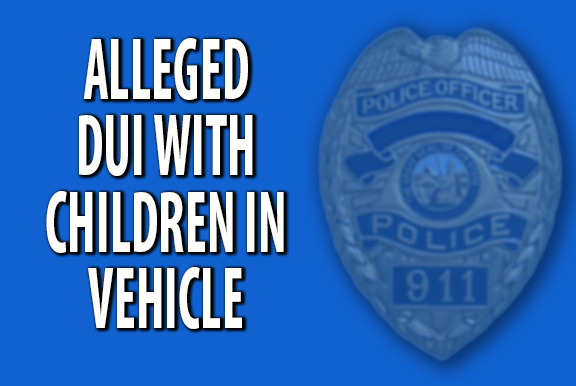 ALLEGED DUI WITH CHILDREN IN VEHICLE

A woman faces multiple charges after allegedly driving under the influence with her children in the vehicle.

The police officer witnessed the driver of the vehicle stop and talk with a pedestrian walking along the highway and pull into a church parking lot.

Upon approaching the vehicle, the officer noticed an “odor of intoxicants”.

According to Sgt. Fields’ offense report, the driver of the vehicle had been drinking along with taking her medication.

The officer reported the driver was unable to perform field sobriety tasks as instructed and “failed a breath test”.