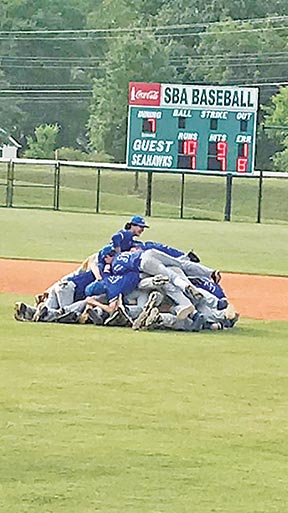 For the second year in a row, the Gordonsville Tigers baseball team made the Class A state tourney with a 10-1 victory at Silverdale Academy in Chattanooga last Saturday afternoon in sub-state play.

Gordonsville’s opening round opponent in the state tourney will be Huntingdon (27-6).

The first round clash will be played at Riverdale High and is scheduled for a 6:30 first pitch Tuesday.

The Tigers jumped out to an early 2-0 lead and were never threatened by the Seahawks as they improved to 20-12 under first year head coach Keith Goolsby.

Junior right hander Hunter Mann came up big in his fifth start of the year as he improved to 4-1 overall. He threw six innings and gave up only one earned run to the Region 3A champs Seahawks who dropped to 21-6 to end their season.

Bobby Parliment threw the final inning for the Tigers to finish things up.