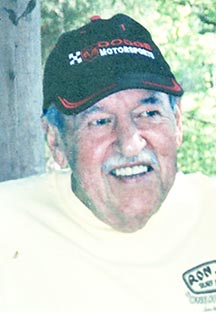 Mr. Bill Reynolds, age 80, a resident of the Grant Community for over twenty six years, died peacefully at 12:25 p.m. Memorial Day, May 29, 2017 at the St. Thomas Mid-Town Hospital in Nashville where he was admitted May 22nd.

Memorial services were conducted by his grandson, Bro. Rocky Cowell, on Thursday evening June 1st at 7 p.m. from the Carthage Chapel of Sanderson Funeral Home.

Mr. Reynolds will be cremated at Cumberland Family Services in Algood.

Born William Arthur Reynolds in the coal mining and steel working town of Johnstown in Cambria County, Pennsylvania on May 8, 1937, he was the only son of the late Leonard and Zoe Rutter Reynolds.

On July 28, 1958 in Winchester, Virginia, he was united in marriage to Winchester native, the former Anna May “Tommie” Hileman, who was his only and lifetime true love. Following almost fifty eight years of wedded bliss and total devotion to one another she preceded him in death on June 19, 2015 at the age of 72.

After moving and living in Brevard County, Florida for thirty one years, he was an electrician and H V A C business owner. He found great pride in working for such enterprises as N A S A and Disney World.

In 1993 he and his wife found their home in the Grant Community and where he continued to call home and even after the death of his beloved Tommie he continued to live there with his little buddy, Charlie.

As a proud member of the International Brotherhood of Electrical Workers since 1994, he was proud to be included in projects such as the New England Patriots Stadium, the “Big Dig” in Boston and countless other projects.

After retirement he once again founded, and owned and operated his own H V A C company serving Middle Tennessee for a decade.

The question often comes to mind how in a few words printed onto a paper do you really honor the life of a man and the answer is not in an obituary which would never be enough for his grieving family and friends.

Each imprint made on the lives of others would never stand the test of time… from a mailbox, to a building, to a family legacy, every person he knew and whom he came in contact with him loved him and their lives were made richer by having loved him and learned something from him.

Perhaps the greatest honor would be by each of us sharing the knowledge he gave us, the wisdom he imparted, and for us to share this with others so more in this world could know him, even if they never knew him.

Never will you find a man as hard of a worker, generous or funny as Bill. He was definitely the kind of person that left this earth better than when he found it, just by his enormous presence.

Whether you knew him as William, Mr. Reynolds, Bill, Dad, Pap Pap, Uncle Bill, “The Commissioner”, “Wild Bill” or “Sweet William”, he made a lasting impression on every person he ever knew.

As a non-denominational Christian, he found comfort in God’s promises and the utter most pride in his family.

Surviving are four children, Debbie Elton and husband Terry of the Grant Community, Donnie Reynolds and wife Tammy of Brush Creek, Cindy Lourcey and husband Burt of the Hickman Community, Sean Reynolds and wife Courtney of Dowelltown; seven grandchildren, Rocky Cowell and wife Janet, Danny Cowell and wife B. J., Donny Cowell, Nichole Reynolds and husband Brad, Justin, Ashley and Ethan Reynolds; nine great-grandchildren, Jacob, Cameron Jaylen, Anna May, April, Jessa, Sarah, Dante, and Marley; and a circle of family, friends and neighbors who will miss him deeply and his memory will forever be ingrained in our hearts and minds.