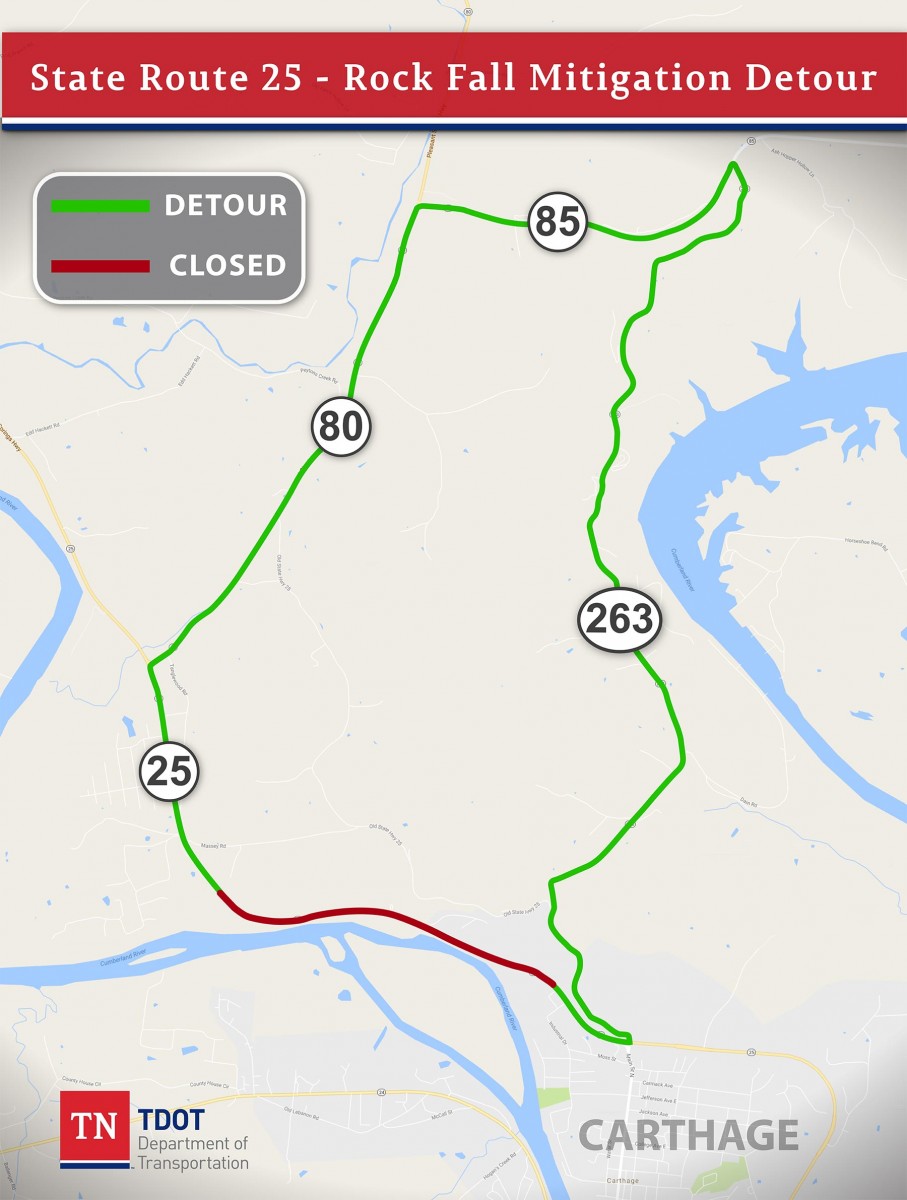 Highway 25 has been closed indefinitely due to falling rock this afternoon.

CARTHAGE, Tenn. – The Tennessee Department of Transportation has closed SR 25 in Carthage at the site of a rockfall mitigation project.

Deterioration on the bluff has made the area unsafe for traffic through the area. The contractor has implemented an expedited schedule to excavate the remaining unstable material. TDOT expects to re-open the roadway on or before August 1, 2017.

There is a signed detour directing traffic around the area via SR 80, SR 85, and SR 263. A detour map is attached. SR 263 is not conducive for tractor trailers and RVs, so these drivers are advised to seek an alternative route.

The rockfall mitigation project began earlier this spring and requires the removal of approximately 286,000 cubic yards of material in order to set the bluff back approximately 60 feet. The project follows a rockslide in the area in 2013 which required a roadway closure for 20 days.

The $4.1 million project contract was awarded to Civil Constructors, who had the lowest bid that met project requirements.

Earlier, at least one vehicle was damaged and traffic was forced to one lane while the situation was assessed and the wreckage was removed.
Traffic is being rerouted to Massey Road, Old State Route 25, and Main Street N.

More information as it becomes available.