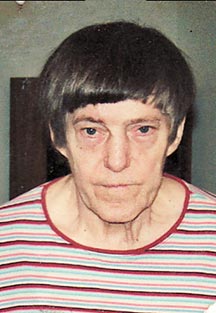 Longtime Dillards Creek Community homemaker, Mrs. Alice Dickens, died at 11:59 p.m. Thursday evening June 1, 2017 at the Mabry Health Care in Gainesboro at the age of 69. She had made her home there since December 12, 2013. Mrs. Dickens suffered from diabetes.

Eld. Anthony Dixon officiated at the 1 p.m. Sunday afternoon June 4th funeral services from the Carthage Chapel of Sanderson Funeral Home. Burial followed beside her husband in the Dickens Cemetery in the Maggart Community.

Mrs. Dickens was born Alice Faye Madewell in Buffalo Valley on April 26, 1948 and was the daughter of the late Phylander and Julie Ann Montgomery Madewell.

Mrs. Dickens was a longtime attendee of the former Jack Apple United Methodist Church in the Enigma Community until the closing and then attended the Jared Missionary Baptist Church.