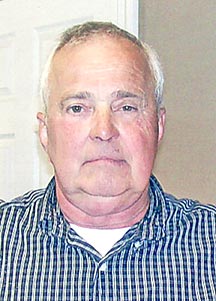 Longtime Carthage, South Carthage and Smith County law enforcement official Mr. W. D. “Bill” Cosby was found dead Tuesday afternoon June 12, 2017 in the basement floor of his Ward Avenue East home when his wife returned home at 3:30 p.m. from her employment as a dispatcher for the Town of Carthage.

He had carried her lunch to her at work at 12:30 p.m. and then had gone to Smith County Hardware at 1 p.m. and that was the last known contact.

Dr. Rick Rutherford, the Smith County Medical Examiner, pronounced him deceased at 4:56 p.m. at the Riverview Regional Medical Center E.R. He died from an apparent heart attack. Mr. Cosby was 76.

Born William David Cosby in East Nashville on September 10, 1940, he was the second of seven children of the late Ernest James and Catherine Jones Cosby.

On June 9, 1980 he was united in marriage in Springfield by Robertson County Judge William Crawford to Carthage native Sandra Faye Grisham with whom they had celebrated their

Mr. Cosby was a 1958 graduate of Howard High School on Second Avenue in Nashville and after graduation was a base guitarist in the Tex Ritter Band and later was his drummer.

On March 18, 1980 he was hired by then Carthage Chief of Police Jim Fialia as a Carthage City officer.

He was a 1985 graduate of the Tennessee Law Enforcement Academy in Donelson which prepared him for his career in law enforcement.

In April of 1989 he was employed by then Smith County Sheriff Johnny Bane as a detective and in 1995 was promoted to the rank of Lieutenant Detective, a position he held until his retirement in 2006. He worked in various capacities within the department after retirement and in addition to serving under Sheriff Bane he also served under Sheriff Ronnie Lankford and current Sheriff Steve Hopper.

Always with a passion and the desire to steer the youth of the communities in the right direction, he created the Smith County Sheriff’s Department Explorers to let young minds experience law enforcement.

He also was instrumental in securing private funds to build a building for a training center which was named after longtime South Carthage Police Chief Oliver Dillard and upon his retirement and because of his tireless dedication the firing range and surrounding area was named the W. D. (Bill) Cosby Training Center.

Mr. Cosby had been saved by the grace of God and was of the Baptist faith.