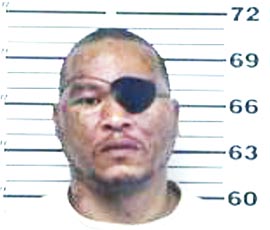 A man wanted for severely assaulting and robbing a Carthage city councilman is in custody.

In January, Councilman Phillip Brooks was attacked and robbed of his billfold containing several hundred dollars in cash at his Smotherman Avenue residence by a male subject.

The councilman was hospitalized for several days at Vanderbilt University Medical Center in Nashville and had to undergo surgery.

Spence was wanted in connection with the incident and believed to have fled Tennessee to the Chicago, Illinois area.

Spence was transported back to Smith County, Saturday, and is being held under $65,000 bond.

Spence is to appear in general sessions court on June 15.